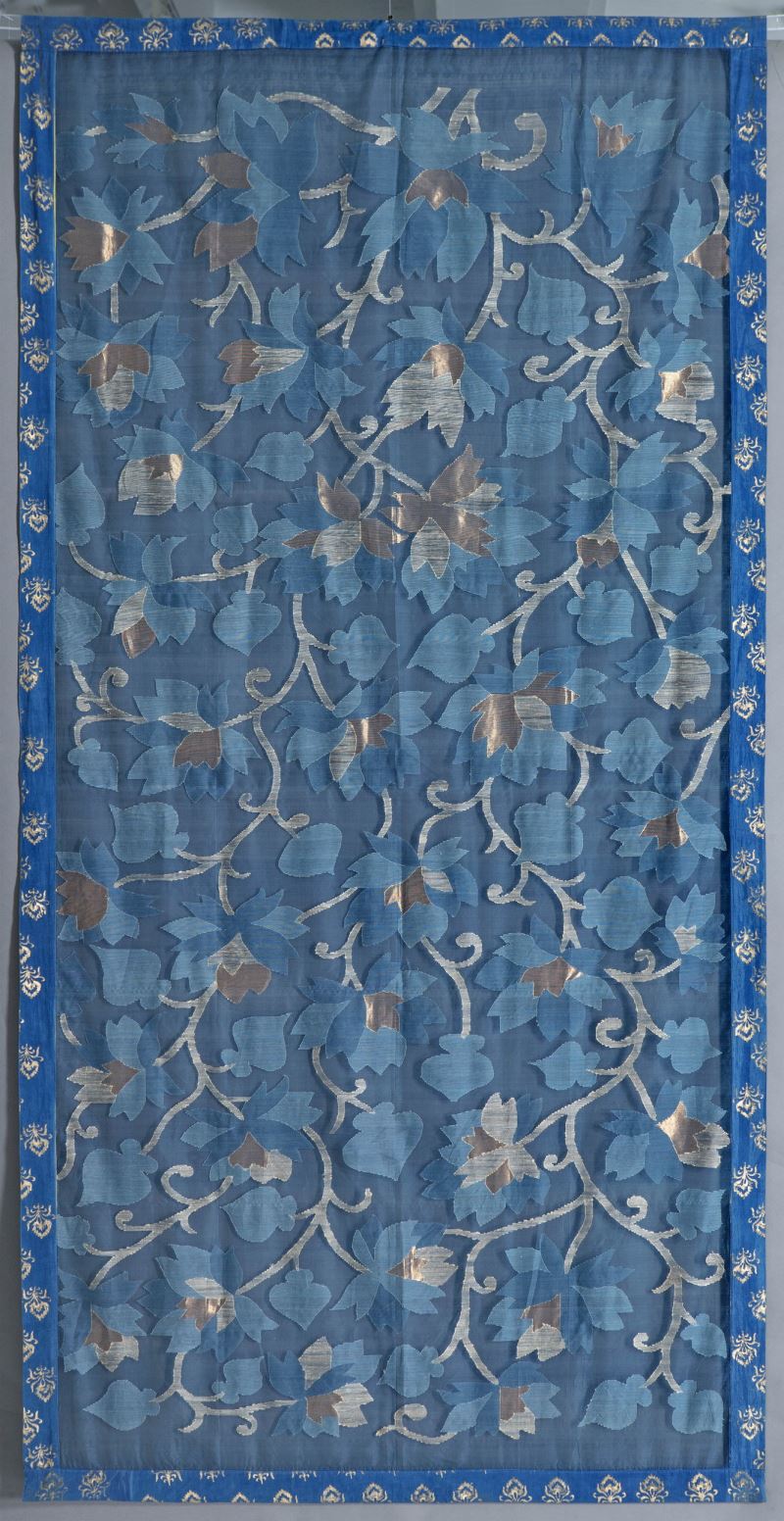 Also created using a technique in which the warp threads fully extend but the weft ones do not, this type of fabric is known as Kesi (Chinese Silk Tapestry) in China and Jamdani in India. The Songket in Indonesia is also loved by collectors. Despite the different names in different areas, all these fabrics are similar in the complexed weaving techniques involved.

Among the Saree worn by women in India and Bengal, Jamdani Songket involves the most exquisite and artistic techniques. The unique plain weaving method forms beautiful and intricate patterns by hand and requires large amounts of time and energy. Jamdani Songket is characterized by its vivid designs with identical patterns on both sides of the fabric, making the work especially valuable and glamorous. This set of work is created with intertwined gold thread and cotton yarn dyed in blue. Traditionally, the gold threads of Jamdani are mostly created with hammered gold foil. Although these two works are not created with gold foil, the elegant colors and pattern design still boast of its delicacy and superb craftsmanship.

In the beginning, Jamdani was called Dhakai, which is the renowned center for textiles in ancient Bengal. It wasn’t until the Mughal Empire that the name Jamdani came into use. Exquisite Jamdani works are symbols of female status, rank, and identity. Traditionally, the skills of producing Jamdani were passed down through generations within families, with weavers, spinners, dyers, and all related crafts forming a tight production line that encourages the cohesion of the community. The traditional weaving technique of Jamdani has been listed among the Representative List of the Intangible Cultural Heritage of Humanity of UNESCO.