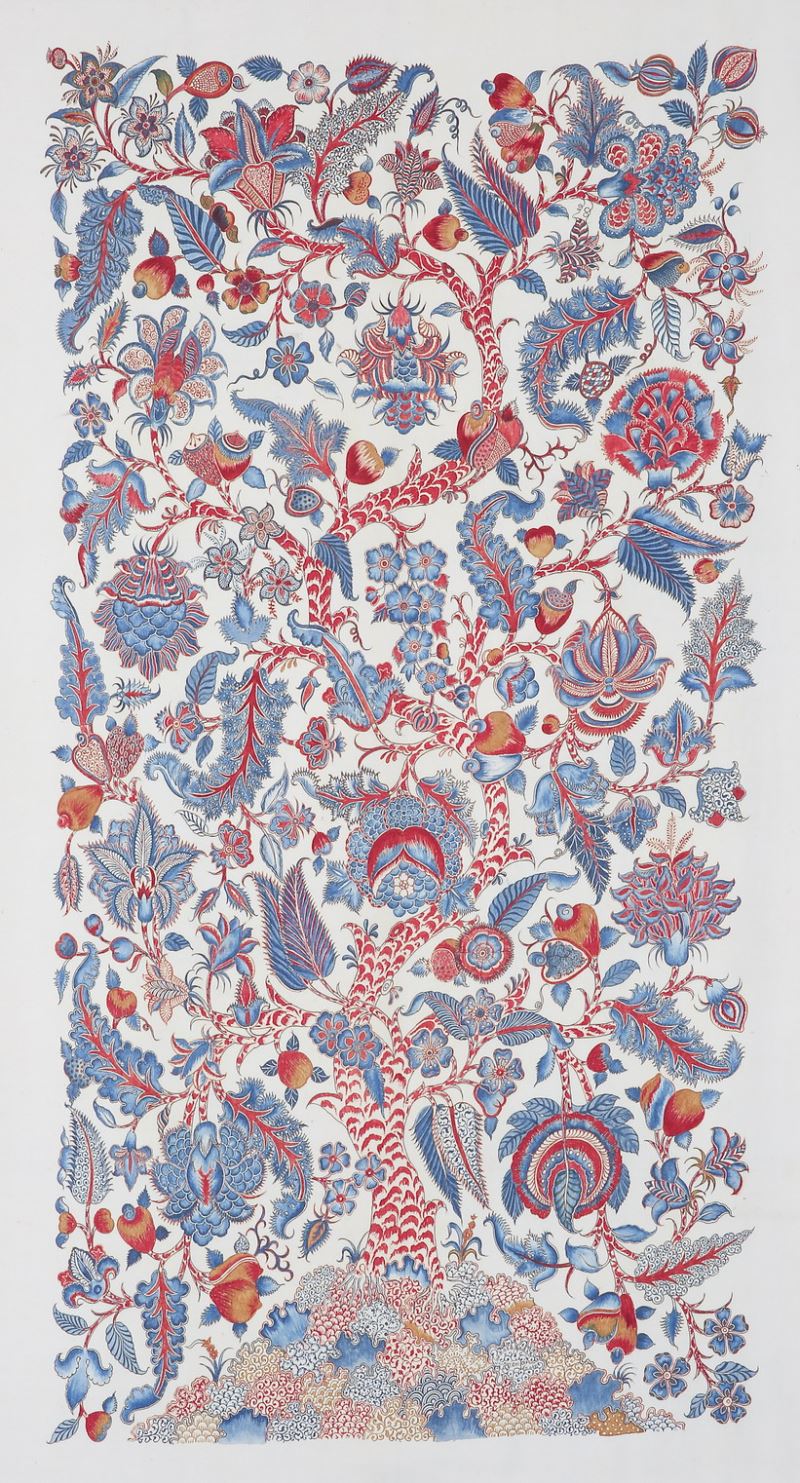 This piece is a contemporary Kalamkari work created in the Palampore style. The Tree of Life springs out from the cracks of rocks, conveying the spirit that although life is filled with hardship, as long as the roots dig deep and firm into the soil, there is still the possibility of a healthy, strong life with flourishing blossoms. The blossoming traditional red Indian flowers correspond to the sacred blue colour and repeating geometric patterns in the Islamic world, expressing the Palampore style of 17th century Indian Mughal Empire under the impact of Islamic culture and Chinese art.

Palampore used to refer to bed covers or hanging decorations made with chintz. The reason why it became the name of the style was because of trade. The emperor of the 17th century Mughal Empire once demanded royal painters to draw more than one hundred Spring flowers, which became a popular pattern of the period. Patterns such as this influenced European and Chinese decorations during the 17th and 18th centuries and became a favored style throughout the European market and in merchandise. Many European cotton patterned bed covers, bedding items, and wall decorations in the 18th century are ornamented with similar drawings. Therefore, Palampore became the synonym for Kalamkari bed covers exported from India in the 18th and 19th century; only the wealthy could afford works of Palampore.

The patterns of Palampore are usually complex and meticulous and often depict themes of plants, flowers, and animals, such as peacocks, elephants, and horses. Common images of the Tree of Life in Palampores are usually at the center of the composition, depicting a blossoming tree sprouting from the rocks or from the waters surrounded by lotuses and sea creatures. At either side of the Tree of Life are patterns of flower vases, animals, and birds. Palampore combines the styles of English embroidery, Chinese decoration patterns, and Indian fabric; in Europe and Southeast Asia, Palampore patterns are often used to dye ornaments onto bed covers, wall decorations, or fabric used for religious ceremonies.